About Todd and Erica...

About the Bride and Groom 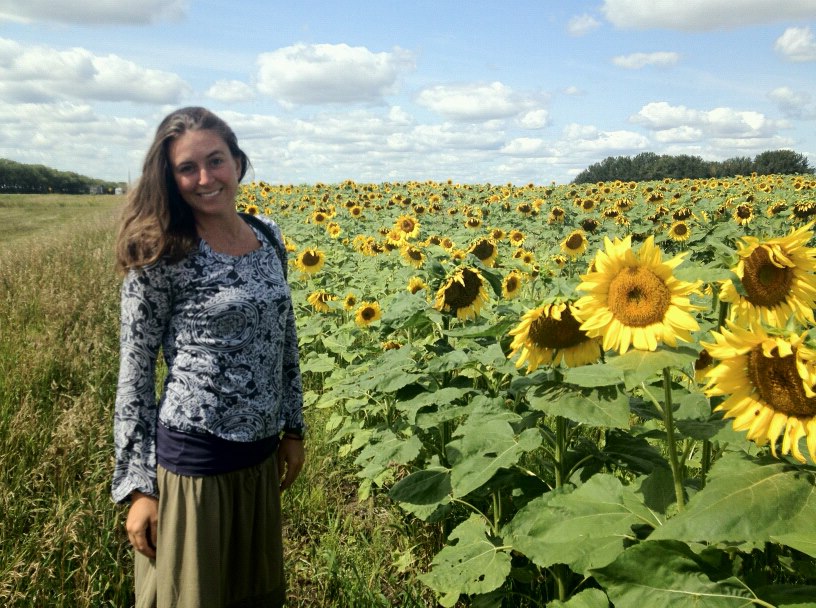 Erica grew up in Rockaway, New Jersey. She has loving parents, great brothers, and a big loving extended Italian family. She works in finance, teaches yoga, and has spent many years as a professional photographer (variety is the spice of life?) 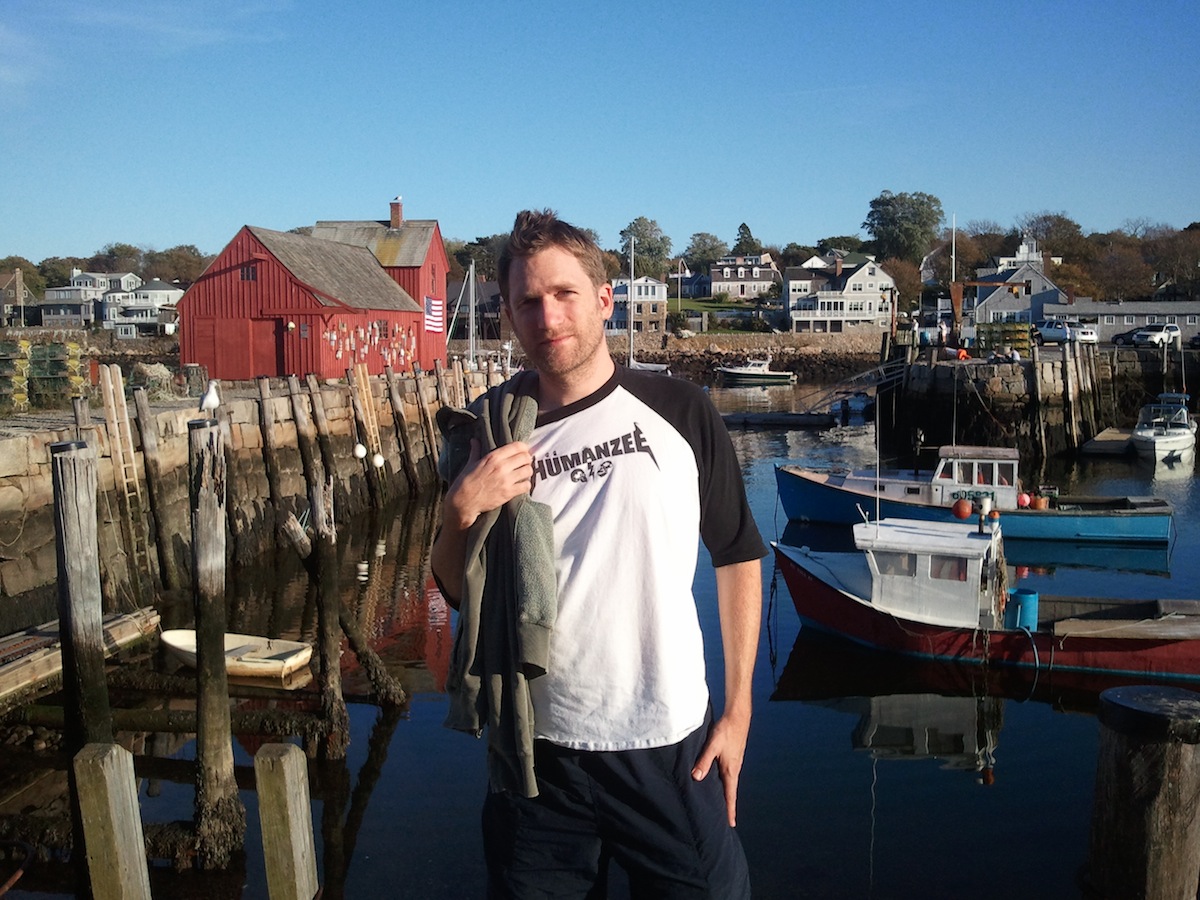 Todd grew up in Andover, Massachusetts. He comes from a loving family, with two brothers and four sisters. He recently ran the San Francisco marathon and he creates animated films for DreamWorks! 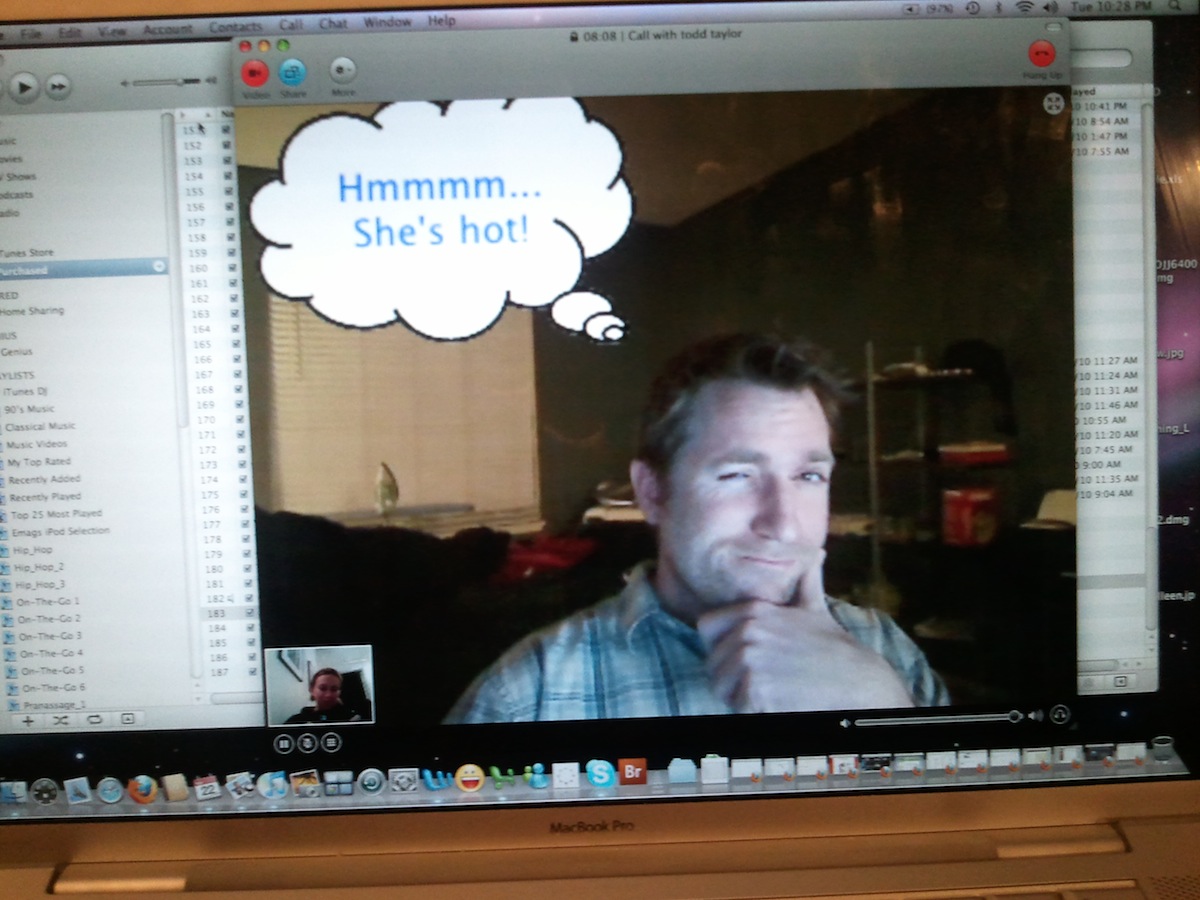 Todd and Erica met online! *Gasp* we know, another online dating story...but it gets better, we promise!! Todd was then living in Los Angeles, and tired of all the girls he had dated there. Erica was living in Boston, and had made a new year’s resolution to meet more people and go out on some dates.

On a whim, Todd decided to search on the website for girls near his old home zip code in Boston (3,000 miles away). He noticed Erica right way and sent her a message that began “I probably shouldn’t be doing this, but…”. Erica thought Todd was cute, and despite the vast distance between them, they began talking. Pretty soon, they had a rule to use the cameras in their phones to send a self-portrait to each other every day until they might meet.

After a month or so, Todd flew to Boston to finally meet Erica in person. That was a big first date!!! We continued to get to know each other slowly from far away, but jet lag and long flights caught up with us. Todd made another bold move six months later and quit the job he loved so he could move back to Boston to spend more time with Erica and his family. We continued to date for a year, but we knew for Todd to get meaningful work again, we had to go where the movies are…so we agreed to move to San Francisco together so we could both have jobs and see what a life together would be like. We settled into our new city and jobs, things clicked even more, and nine months after we arrived in San Francisco, Todd proposed! 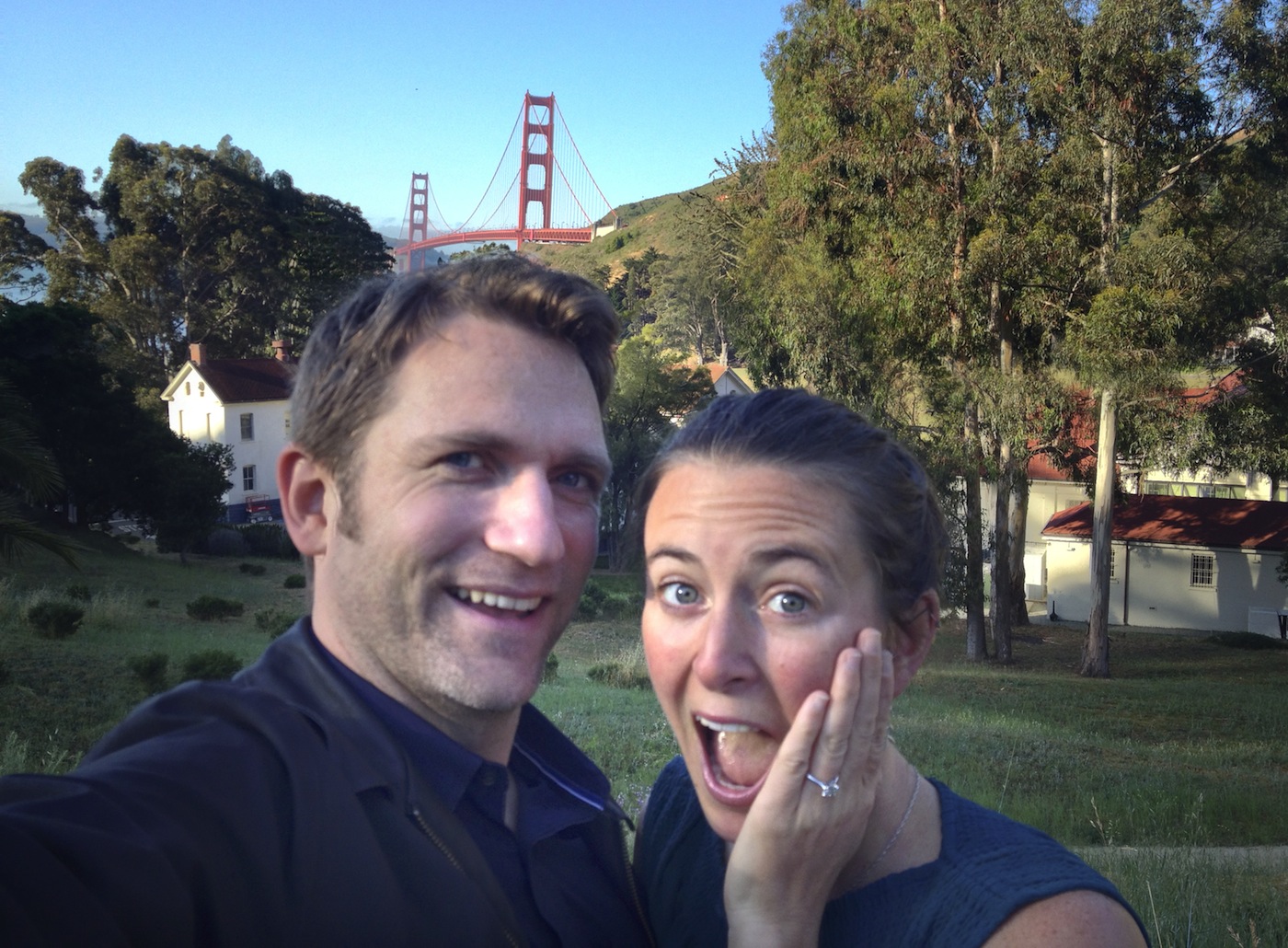 Todd wanted the proposal to be a romantic surprise. The night began with a fun cable car ride up and down the big San Francisco hills at sunset. On the ride, Todd said to Erica “I just hope you have fun tonight”, and she quoted back, having no idea what the night held in store “I’ll say it now like she did in Pretty Woman: If I forget to tell you later, I had a great time tonight”. 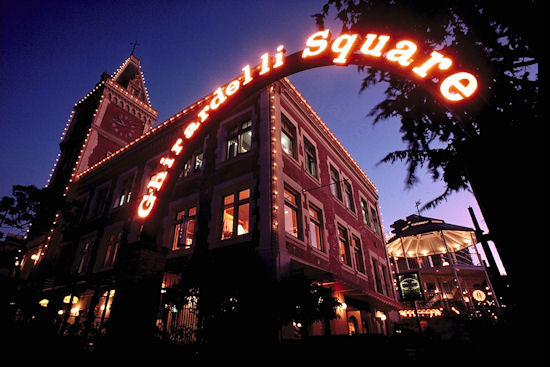 The cable car took them to Ghirardelli Square, near the waterfront. Todd’s plan was to get their favorite ice cream sundae and split it, a special thing they had done together before. But the line was so long that Todd’s plan was foiled! He also had a plan to have one of his friends text Erica a message with a “clue” on it, but Erica’s phone died…so he was foiled once again. He had to think quickly and asked Erica to borrow his phone to look up directions. At that moment she was looking at his screen, the text message came through that said “Listen to Dee Dog”, and on it was a picture of Dee Dog, Erica’s beloved childhood stuffed animal. 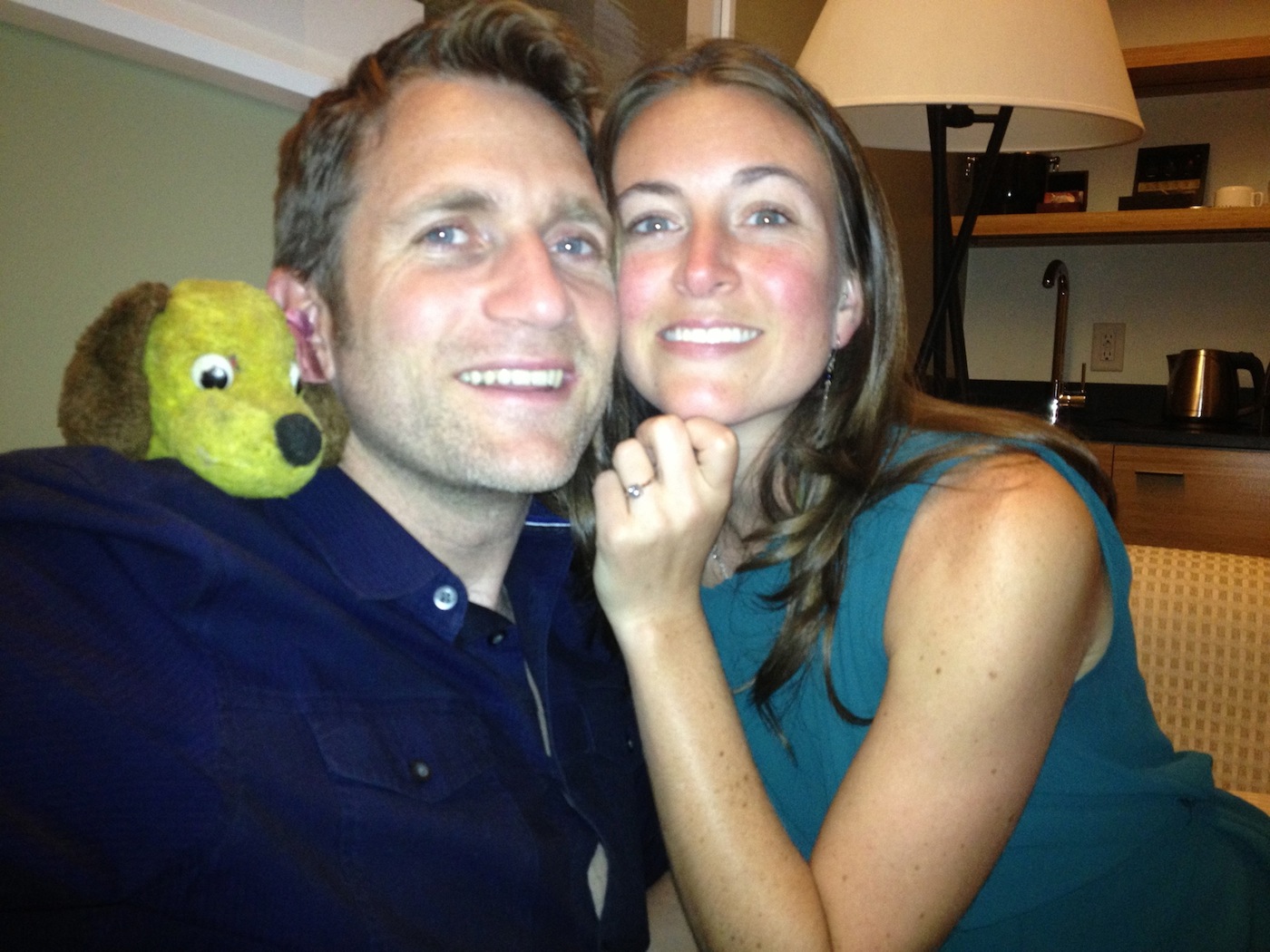 Confused, Erica turned around to find Todd down on one knee, with Dee Dog sitting on his shoulder (Dee Dog was holding a little sign that said “Say Yes!”). It was a beautiful moment.

Afterwards, Todd whisked Erica into a town car waiting nearby. They were chauffeured to Cavallo Point, a romantic lodge in Sausalito just over the Golden Gate Bridge. It was so peaceful and special. 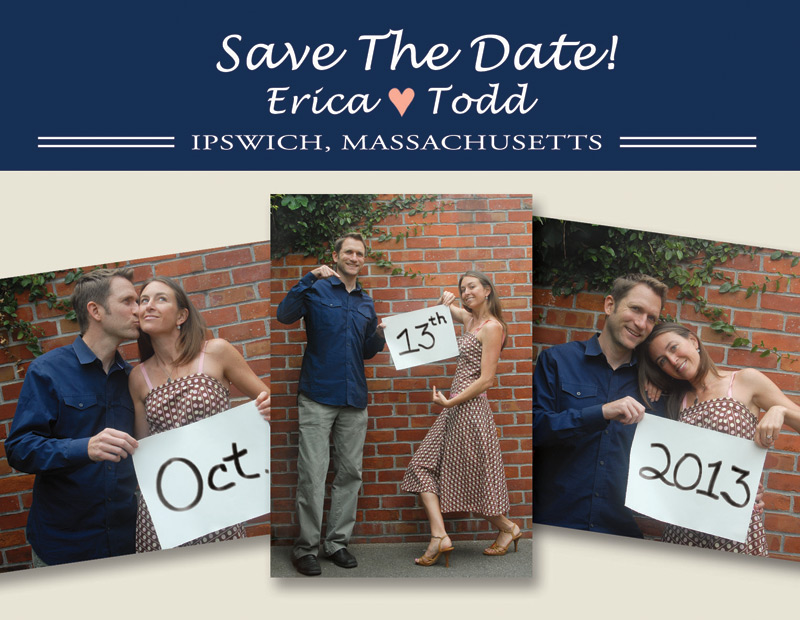 Back to Ghirardelli Square for "Save The Date" pictures!